Laos: Mushroom Cultivation Is the First Step towards Financial Independence

It is said that approximately 160,000 people in Laos (2.8% of the population) are PWDs, and 75% of them are between 15 and 64, which means that they should be part of the workforce in the country. However, they only have a few employment opportunities because commuting to work is rather challenging and a persistent stereotype prevails that “we cannot expect PWDs to be productive.” Our correspondent, Haruhiko Mori, reports on AAR Japan’s support in promoting entrepreneurship on a small scale for the purpose of improving the status quo. In addition, Yuki Sakurai from our Tokyo Office introduces the facility that provides job opportunities to those in disaster-stricken areas in Japan.

Email ThisBlogThis!Share to TwitterShare to FacebookShare to Pinterest
ラベル: Laos

The Western Japan Flood: One Year On Relief operations for those left behind


It has been almost one year since the Western Japan Flood caused serious destruction and extensive damage across the whole of Japan; stretching from Hokkaido to Okinawa. According to an official report issued by the Cabinet Office on 9 January 2019, the flooding resulted in a total of 245 dead and missing, and the partial or complete destruction of as many as 18,100 houses and buildings.

One week after Typhoon Hagibis

Super Typhoon Hagibis, the strongest storm in decades made quite heavy landfall on Japan last Saturday, 12 Oct. It has caused tremendous damage from central to northeast of Japan. The damage is especially significant in Nagano, Tochigi, Saitama, Fukushima, and Miyagi Prefectures.

It would take a long time for the recovery, and it's crucial to keep supporting the victims of this typhoon so that they can rebuild their lives.

Please Donate Towards Emergency Relief for Victims of Typhoon Hagibis

We would like to express our deepest condolences for those who have lost their loved ones from Typhoon Hagibis.

AAR has deployed emergency relief teams to give assistance for those affected by Typhoon Hagibis. The typhoon caused severe damages throughout Japan and we have been researching the scope and extent of the damage in the prefectures such as Nagano, Ibaraki, Tochigi, Fukushima and Miyagi. 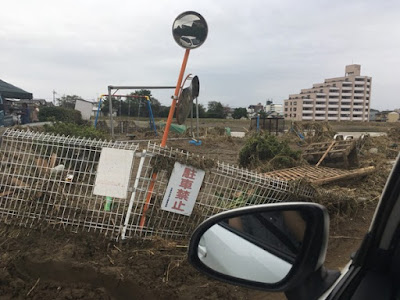 
Typhoon Faxai, a record-setting typhoon made landfall east of Tokyo (Chiba prefecture) on Sept. 9 ,2019 has killed 1 person and injured about 150 people according to FDMA, Fire and Disaster Management Agency. More than 930,000 homes across the region went without power at its peak. The power outage continued for more than 2 weeks in approximately 2,800 homes and there are homes still remain without power after a month passed, according to the Tepco, Tokyo Electric Power Company.

International Conference and Symposium for a “World without Killer Robots”

Adoption of the Tokyo Statement

AAR Japan and the Campaign to Stop Killer Robots co-sponsored the “Asia Pacific Regional Conference on Lethal Autonomous Weapons Systems (LAWS),” a two-day event held from February 19, 2019 (Tue) to 20 (Wed) at Rikkyo University in Toshima ward, Tokyo. LAWS, also known as killer robots, are artificial intelligence (AI) weapons systems that engage to destroy a target or kill without human intervention and/or control.
From abroad, 10 countries from the Asia Pacific region, 11 representatives of civil organizations, 2 experts from the International Committee for Robot Arms Control (ICRAC), and 2 US members of the Campaign to Stop Killer Robots, participated in the campaign. From Japan, members from organizations including AAR Japan who also serve on the steering committee of the Campaign to Stop Killer Robots participated in this campaign.