We have been receiving numerous heartfelt messages from around the world for the loss of AAR JAPAN’s staff, Atsushi MIYAZAKI.
We regret being unable to respond to each of your messages, but we are all grateful for your deep condolences and sympathy.

The following is a message from Yukie OSA, Chairperson of Association for Aid and Relief, Japan (AAR JAPAN).


In the early morning of the 10th, Japan time, what is considered to be an aftershock of the massive earthquake on October 23rd, a 5.7-magnitude earthquake struck eastern Turkey, destroying the hotel where two staff members of Association for Aid and Relief, Japan (AAR JAPAN) were staying.


Of the two, Miyuki KONNAI was rescued in the morning of the 10th, Japan time. However, Mr. Atsushi MIYAZAKI, unfortunately, was confirmed dead at a hospital in the city of Van.


Mr. MIYAZAKI was rescued from the rubble of the hotel past 5PM, Japan time. Although he momentarily suffered cardiopulmonary arrest, his condition stabilized afterwards, and his emergency transport to Ankara was being scheduled. Later, we received the news that he passed away in the midst of transport preparation. We were strongly hoping that it was false information; however, several local staffs who had been working with Mr. MIYAZAKI confirmed his death.


Mr. MIYAZAKI applied for AAR JAPAN this past June and started training at the Tokyo Headquarters Office in August, and then he became a regular staff on September 1st. In his application letter to AAR JAPAN, his passion for international cooperation, particularly emergency assistance, was expressed:


"Many aids were sent not only from developed countries, but also from developing countries for the victims of Great East Japan Earthquake, which made me realize once again how mutual cooperation between each country is sustaining the world. When I pondered what I can do for the people in need of imminent assistance around the world, including the Tohoku region, I came to realization that I can utilize my experiences of organization management, public relations, and advocacy activities gained through my previous work in the public sector and NGOs.


I majored in conflict resolution in graduate school and have been interested in the area of peace building. Seeing the earthquake in Tohoku strengthened my desire to contribute to assisting people in difficult conditions around the world, which, I believe, also leads to building peace. AAR JAPAN is an organization dedicated to such activities, and that is why I would like to work with you.


According to Yumeka OTA, who was working with Mr. MIYAZAKI in Turkey, he was always thoughtful and full of smiles while very diligent and dedicated to his work just as he was at the Tokyo Headquarters Office.


We were hoping that he would further develop his career and engage in various activities as he had wished. We still cannot accept his sudden passing.


We would like to convey to his family our deepest condolences and prayers that he rest in peace. 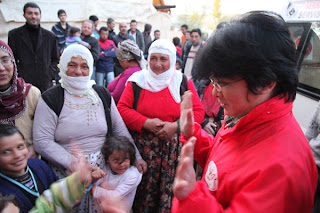 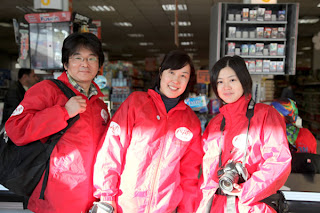